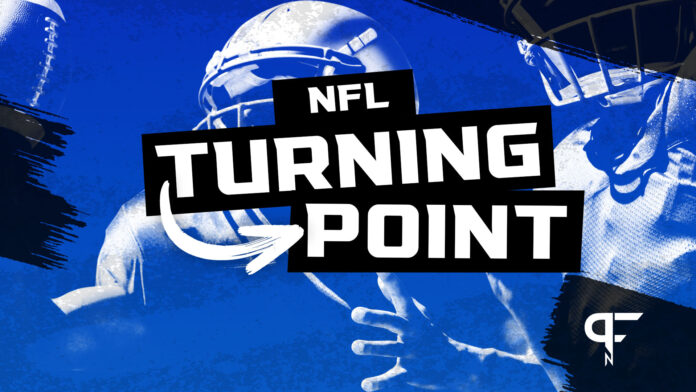 Research and analysis by Dalton Miller

When I ranked Justin Jefferson as the league’s best receiver heading into 2022, it had nothing to do with what his usage would look like with Kevin O’Connell playing offensive architect. In a league that has continuously made things easier for smaller and shifter route runners, Jefferson is the perfect blend of size, explosiveness, and separation.

Cooper Kupp saw 191 targets a season ago in Los Angeles, where O’Connell acted as offensive coordinator under the resident spikey-haired genius, Sean McVay. Kupp caught 145 of them for a league-high 145 receptions and a whopping 1,947 yards. He also led all receivers with 16 touchdowns.

He was a production maniac, and it came down to continuously putting him into advantageous situations. In 2021 Kupp found himself with a linebacker as the closest defender in coverage 21.3% of the time. In Week 1, nine of his 15 targets came against a linebacker or safety.

And now O’Connell is doing that with the silkiest route runner in the league. One whose rocker step strikes fear in the hearts of defensive backs who even think about it. So, how did he do it on Sunday against the Packers?

Let’s take a look and find out.

While Jefferson didn’t see the 15 targets Kupp got during the Rams’ blowout loss against the Bills. Jefferson saw 11 targets, catching nine for 184 yards and two touchdowns.

O’Connell used formations, motions, and the defense’s coverage rules against them on Sunday. When paired with good pass protection, there was nothing the Packers secondary could do to defend against Jefferson, unless they’d changed course completely and tried to have Jaire Alexander shadow him.

But they didn’t. Instead, they used formations to get Jefferson good looks.

The Packers were adamant about remaining in two-high here on the empty formation. For the life of me, I could not tell you why the Packers have their base personnel (four DL, three LB) out there on the field against 11 personnel, but they did.

The Vikings counter that with an empty formation, with their two top targets into the boundary and the rest of the weapons to the field in trips. Quay Walker plays this well off the line. He waits until Jefferson is within striking distance and gets a good jam before settling into his flat responsibility.

However, the young linebacker is covering grass, and Jefferson gets to the outside uninhibited. It’s a simple vertical/flat pairing that is a staple against quarters coverage. But the formation gave him an advantageous matchup against a rookie linebacker.

In the end, this was an incompletion, but the thought still counts! While motion played a part in the play, the formation and release got the matchup, not the motion. Minnesota motions to a loose stack and the switch release gives Jefferson a free go along his route stem.

Adrian Amos is a good coverage safety, but nobody in the league will consistently mirror Jefferson at the top of a route when playing from depth. The Vikings run a “spot” concept here, and using the switch release gives Jefferson the route toward the back pylon. That is the man-beating route here, and O’Connell got the best route runner in the NFL that shot in the red zone.

It was an outstanding catch, but he couldn’t quite get the second foot down.

The Vikings also used motion to get Jefferson good looks.

Ah, if it isn’t our old friend “pre-snap motion breeding coverage miscommunications.” Thank Gamepass for cutting this pre-snap super late and not showing the formation. Please take my word for it; the Vikings came out in nub trips to the left side and motioned Adam Theilen to the right, where the video picks up.

Jefferson then comes in motion as well, and the ball is snapped as he is still behind the offensive line. That wrecks the coverage distribution, as Eric Stokes and Amos crash into one another upon Theilen’s release, giving Jefferson a gimmie touchdown on this fourth and one.

The above play could have been part of the formation category, but I’d like to think Green Bay wouldn’t put Preston Smith on an island against Jefferson if the Vikings didn’t motion him out there.

From there, it’s once again as simple as running a 95, taking the cornerback vertically with the outside receiver as Jefferson finds space toward the sideline against the pass rusher.

There is a very good reason the middle-of-field closed defense is dying, and it’s because of plays like this. A defense simply doesn’t have enough answers to the questions posed unless the defensive backfield is practically extensions of one another, as New Orleans has been over the years with Marcus Williams patrolling the middle.

There are a few ways that the defense can cover this, but they all require outstanding communication and ability from the defensive backs. In theory, the center field safety can drive on the deep crossing pattern, and Alexander can peel off to play center field/play the post.

Obviously, the safety in this play is too deep for that, which leaves the second option. Rasul Douglas and Alexander can pass off the crossing route, but they’d have to communicate that early for Douglas to speed turn and carry Jefferson across the field.

The formation and route combinations are slightly different here. The Packers start in a two-high shell here, but the coverage distribution looks like the same Cover 3 they ran earlier in the game.

This time Darnell Savage picks Jefferson up on the crosser, but the two deep crossing patterns intersect, forcing the safety to undercut contact. The natural rub gives Jefferson just enough separation to elevate and finish on the underthrown ball.

Oh, and Justin Jefferson is an alien

This was his first catch. Stokes does just about everything but fall over trying to defend this route. Jefferson does an outstanding job crossing Stokes’s face and using an arm-over to avoid getting knocked off the redline.

From there, he’s able to stack the cornerback. He uses a jerk stem to break inside, and the rest is history.

And just for good measure, his rocker step got Savage looking for his car keys on the 64-yard reception.