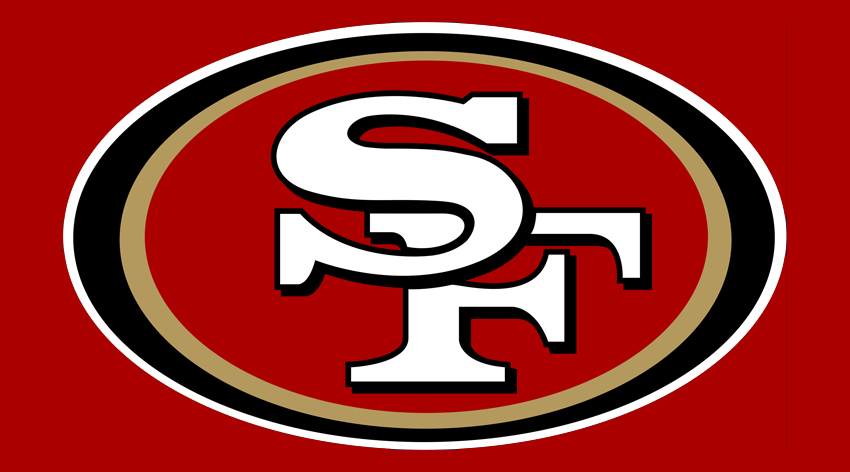 Delivering crisp spirals and creating dynamic plays on the fly with his mind, arm, and feet, Trey Lance left the field, having boosted his confidence along with hopes about the San Francisco 49ers’ future.

It was the second start of Lance’s rookie season, and it was a relatively encouraging performance as he manufactured a victory over a below-average Houston Texans defense. Meanwhile, veteran Jimmy Garoppolo was sidelined with a thumb injury.

The January victory provided something of a preview of what the 49ers will someday have in the former third overall pick.

Lance overcame a slow start to complete 16 of 23 passes for 249 yards, two touchdown, and one interception while rushing for 31 yards during a 23-7 win at Levi’s Stadium, finishing with a 116.0 passer rating. He threw touchdown passes to Elijah Mitchell and Deebo Samuel, and he made a strong impression on his coachs and teammates. His touchdown to Samuel was a particularly impressive throw.

“I think he did some real good things,” 49ers coach Kyle Shanahan said after the win over the Texans. “Besides the bad interception, I thought he protected the ball real well. That was a big thing going into this game, and he did a good job on all those except for one play. I think he was very efficient, just looking at his numbers and things like that. That big play at the end was huge. For the most part, he made some pretty good decisions running the ball.

“Nothing’s too big for him. He’s a competitor. He enjoys playing football. He enjoys working at it. I think he really enjoys the moments, and I think it’s been hard for him not playing a ton this year. When he’s out there, we know we’ve got a guy who the guys can follow.”

But will he be out there on a down-in, down-out basis in 2022? Months after that solid start in the Bay Area, Lance still doesn’t have the QB room to himself. Garoppolo’s trade market has been quiet largely due to his shoulder procedure. And there’s a sense the 49ers are also hedging their bets in case Lance falters. Through spring ball, they still hadn’t made any ironclad commitment that they’re moving forward with Lance as QB1.

There were three potential scenarios for the 49ers ahead of training camp:

Why haven’t they already traded Garoppolo?

“That’s why we looked into trading Jimmy, because we obviously believe Trey can be a starter, and we’re ready to do that,” Shanahan said this spring. “But if we can’t upgrade our team in another way, we’re not going to just get rid of a good quarterback because we have other quarterbacks on the roster. Quarterbacks are really hard to come by.”

Lance passed for 603 yards as a rookie and went 1-1 as a starter in relief of Garoppolo. He had five touchdowns and two interceptions, rushing for 168 yards and another score.
As the draft approached, 49ers general manager John Lynch gave what sounds like the most confident statement yet from the organization about Lance when asked about the QB situation.

“We always believe in competition,” Lynch said during a press conference. “I think, though, at the same time, we are great believers in what Trey Lance brings to the table. We believe he’s ready. He’s going to have to show that. And I think he’s ready to show that to us, show that to his teammates, show that to the world. So we’re excited for that opportunity that he has.”

49ers star tight end George Kittle summed it up quite well about Lance, saying he has an “insane ceiling.”

“Jimmy has a lot of value,” York said. “He has a lot of value as our quarterback. He has a lot of value if somebody wants to trade for him. And, right now, with the shoulder injury, that market is different than what I think it should be. But I don’t get to determine what somebody else is willing to give up for Jimmy. And if Jimmy is going to be here, that’s fine with me. Because that gives us a better chance to win if we’re very strong at the most important position in all of sports.

“It’s professional sports. If Steve Young can sit on a bench for four seasons – Steve Young’s a Hall of Famer. And if he’s willing to do it, and he has the competitive drive to do it, why can’t somebody else? I think those two [Young and Joe Montana] drove each other in the late 80s and early 90s to be the best that they could possibly be. And if that’s the situation we have and that’s what’s created, sign me up for that problem any day.”

Nice analogy, but Garoppolo, who led the 49ers to the NFC Championship Game, and Lance don’t remind any realistic observer of Young and Montana. At least not yet.

As Lance said after the Texans game, he’s making progress. It’s early in his development.
“Obviously, I feel like I’m further along and continuing better with every practice, every rep I take,” Lance said.

He earned respect from his opponent in his second NFL start.

“Second half, he showed some resiliency,” Texans cornerback Desmond King said. “Just coming back out in the second half, taking care of the ball and making the right choices and decisions out there at quarterback. He has some really great potential, and I’m just looking forward to seeing what he’s got coming for the next few years.”

The 6-foot-4, 225-pound Minnesota native passed for 2,947 career yards in college with 30 career touchdowns and one interception while rushing for 1,325 yards and 18 TDs.

“There was never not confidence in Trey,” 49ers linebacker Fred Warner said last season. “He’s shown who he is the entire year, regardless of if he’s playing or not. Especially on defense, we go against him all the time.

“So, we know he’s talented. We know he’s smart, he’s mature, and he handles himself well. The moment’s never too big, and the supporting cast around him is pretty darn good, too.”