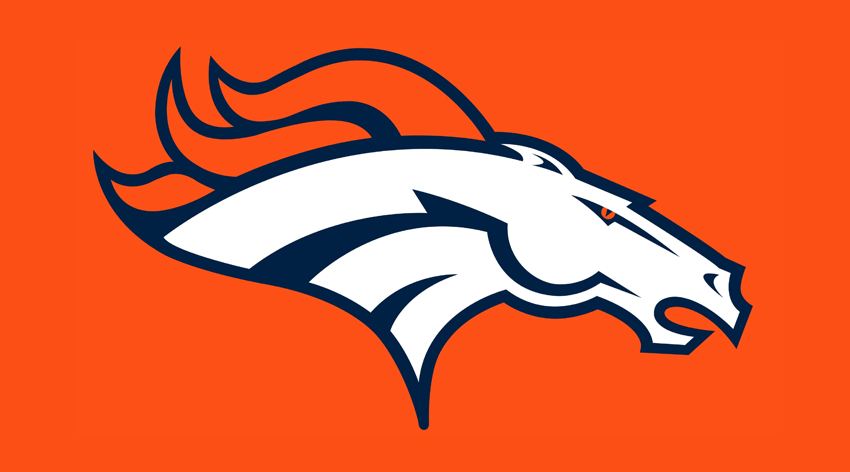 Even with Russell Wilson aboard, defense is key to Denver Broncos’ chances in 2022

Even with Russell Wilson aboard, defense is key to Denver Broncos’ chances in 2022

The Denver Broncos in 2022 were a last-place team that was a tough watch offensively. But that was with Teddy Brigewater and Drew Lock under center.

They’re a contender now with Russell Wilson with five prime-time games on the schedule. But can they win the ridiculously talented AFC West?

Yes, they very well could.

Currently, their odds are +250, ranking third in the division behind the Chiefs and Chargers. But because they finished last in 2021, they have the easiest strength of schedule in their division. And they’ve much improved.

Trading for Wilson was a massive upgrade at the most critical position in professional sports. While Bridgewater ranked ninth in expected points added (EPA) per play and fourth in CPOE (completion percentage over expected) for the season, he has obvious limitations as a starter.

Bridgewater is accurate, but the success of the Broncos’ offense came down to an excellent supporting cast. And while the narrative surrounding Wilson has gotten more negative in the last 18 months or so, he is undoubtedly more talented than Bridgewater.

Even with a high CPOE, Bridgewater finished 22nd in QBR, while Wilson finished 10th in a less advantageous situation.

Wilson’s downfield passing ability is ideal for Courtland Sutton and Tim Patrick. Granted, they aren’t the duo Seattle’s DK Metcalf and Tyler Lockett are, but Denver has more ammunition than Seattle everywhere else.

Jerry Jeudy is far more talented than anything Seattle offers as a WR3, and KJ Hamler should get into the mix after returning from injury. They also have a far superior offensive line to Seattle, or what the Seahawks offered Wilson in 2021. Melvin Gordon and Javonte Williams are also a better pairing than Chris Carson and Rashaad Penny.

Nathaniel Hackett takes over for Pat Shurmur as the offensive architect. The Broncos’ offense ranked 11th in EPA/play in the 14 weeks that Bridgewater started for them. That sets an excellent baseline for improvement.

Offensive production league-wide can fluctuate, so their actual output (0.054 EPA/play) is the baseline by which we can track their offensive improvements. Hackett is bringing the wide zone rushing attack and a lot of play-action to Denver, which fits perfectly into Wilson’s hands.

Hackett is relatively unknown to the layman. However, he boasts a ton of pedigree that other inexperienced head coaching candidates from the current cycle did not.

But his most impressive coaching accomplishment might have been the 2017 Jacksonville Jaguars. That team was an ill-timed blown whistle away from making the Super Bowl with Blake Bortles under center.

That offense was no juggernaut and was simply average. But the talent was below-average. The receiving corps consisted of Keelan Cole, Marquise Lee, Allen Hurns, and Dede Westbrook. Cole led the team with 748 receiving yards.

Denver has a talent advantage everywhere on their offensive depth chart, including a quarterback tiers above Bortles. The Broncos’ O-line has a weak spot at right tackle, but the 2017 Jaguars offensive line wasn’t winning any awards. Then, you add Sutton, Patrick, and Jeudy on the outside and two high-caliber backs in Gordon and Williams.

There could be some bumps early in 2022, but there’s no excuse for Denver’s offense not to be among the best in the league by the time January rolls around.

The wild card for Denver is their defense. Vic Fangio is one of the brightest defensive minds in the game. He’s remained innovative despite aging, a feat most coaches can’t accomplish due to ego.

While the Broncos could take a page from the 2019 Kansas City Chiefs and win with a top-five offense and middling defense, most Super Bowl champions have balance. The only exceptions come with Tom Brady and Patrick Mahomes. Even the biggest Wilson stans can admit they’re on a different tier than him.

When an inexperienced head coach is hired, they usually bring along with them an experienced coach on the opposite side of the ball. Hackett and the Broncos, however, did not do that. Instead, they hired Ejiro Evero to run the defensive side of things.

Evero and Hackett go back to their playing days at UC-Davis. The young defensive coordinator was the safeties coach under Brandon Staley for the vaunted 2020 Rams defense and had been with LA since 2017. He spent last season as their passing game coordinator.

While some of the Broncos’ defensive verbiage will change, the core principles should appear similar to Fangio’s defense. The most significant difference won’t be in coaching principles but in the talent they offer on the front seven.

Malik Reed was their most productive pass rusher in 2021. If Denver has its way, Reed will be their fourth-most productive outside rusher this season. They paid good money for Randy Gregory in free agency, and Chubb is in a contract season. They also drafted Nik Bonitto in the second round. He could produce immediately as a designated pass rusher with his burst and agility.

Dre’Mont Jones was already an impressive interior rusher, and Denver also signed D.J. Jones to bolster the interior. While Jones didn’t have a ton of pass-rush production in San Francisco, he’s an excellent run defender and can get to the quarterback when he pins his ears back.

Denver also boasts talent and some continuity in the secondary. As long as the pass rush does its job, the defense should complement the offense well.

The biggest hurdle Wilson and the Broncos have to overcome is the talent in their own division. There was a mass exodus of talent from the NFC, and a large portion of it ended up in the AFC West.

While Kansas City is the one team that appeared not to improve from last season within the division, they still have Patrick Mahomes, Andy Reid, and Steve Spagnuolo. The Chargers arguably did just as much as Denver to fill gaps in their roster to compete for the division. The Raiders got Derek Carr a buddy in Davante Adams and Maxx Crosby a buddy in Chandler Jones.

The talent within the division is almost indescribable. It’s a group on Monstars that might cannibalize one another by the time the playoffs come around. But Wilson has been playing under difficult conditions in the NFC West for years now between San Francisco and Los Angeles being stiff competition.

It could end up being the most anticipated divisional battle in recent history, in what is arguably the most talented division ever. And the Broncos have the firepower to keep up.