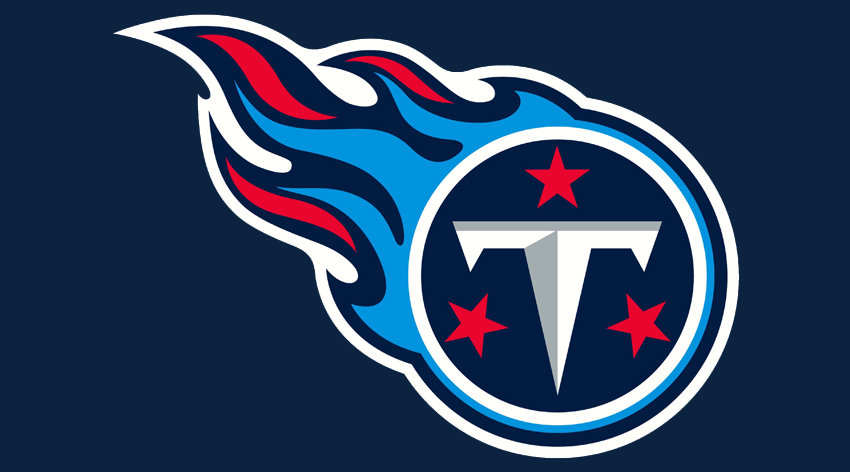 After years of ‘almost,’ can Titans finally bust through in much-improved AFC?

After years of ‘almost,’ can Titans finally bust through in much-improved AFC?

In the NFL, it’s no fun to straddle the line between competing and rebuilding. It’s even more challenging when you’re coming off a season in which you finished as the No. 1 seed in the AFC.

But that’s where the Tennessee Titans find themselves in 2022. How do they continue to ascend while at the same time facing the realities of an aging roster and a stretched-to-the-limit salary cap?

One of the best things you can say about Titans general manager Jon Robinson and head coach Mike Vrabel is that they’re self-aware. Sure, Tennessee was the AFC’s top seed a year ago. But a look under the hood shows they weren’t an elite-level team in 2021.

Pythagorean wins measure a club’s expected winning percentage based on the number of points they scored and allowed. By that metric, the Titans should have finished with 10.3 wins instead of the 12 they actually posted. Meanwhile, Football Outsiders’ DVOA pegged Tennessee as the NFL’s worst No. 1 seed since at least 1983.

Many teams’ decision-makers wouldn’t have accepted those facts. Given that the Titans have a roster full of veterans, no one would have batted an eye if they doubled down on their current iteration and tried to make another run in 2022.

Instead, Tennessee wisely self-scouted and decided to plan for the future. This isn’t two steps back, one step forward. It’s a half-step backward in order to take two steps forward as soon as 2023.

The Titans decided to take their medicine, and the primary effect was the trade of A.J. Brown. To anyone who believes the salary cap is “fake,” simply look at Tennessee trading a 24-year-old superstar rather than paying him.

Robinson, Vrabel, and Co. have no cap space this season and are already projected to be $15 million in the red next year.

They reportedly offered Brown $16 million per year with incentives that could’ve taken the contract to $20 million annually. After he rejected that deal, the Titans shipped him to the Philadelphia Eagles for first- and third-round picks. Brown subsequently inked a four-year, $100 million pact with the Eagles.

Tennessee used that first-rounder on a direct replacement for Brown. Arkansas wide receiver Treylon Burks was regularly compared to Brown throughout the draft process, and now he’ll step in as his immediate substitute. Burks will join a trade acquisition Robert Woods and free agent addition Austin Hooper on a Titans offense that is now without both Brown and Julio Jones.

Derrick Henry will attempt to return to form behind an offensive line with questions. But all eyes will be on Ryan Tannehill, who is coming off his worst season as a Titan. He’s entering his age-34 campaign with a league-high $38.6 million cap hit in 2022.

Tennessee wisely pounced on the opportunity to select quarterback Malik Willis near the end of the third round. The rookie from Liberty will get time to develop behind Tannehill, but it’s not the end of the world for the Titans if he doesn’t hit.

Willis typifies Tennessee’s reloading approach. He’s a lottery ticket. Once projected to go as high as No. 2 overall, Willis offers sky-high potential for the Titans, but his floor is also exceedingly low. He won’t be counted on next year unless things go terribly wrong, but Willis could be under center for Tennessee by 2023.

Despite Tennessee’s changes on offense, its strength is on the defensive side of the ball. This is a unit that ranked 10th in expected points added per play in the regular season before sacking Joe Burrow nine times in a Wild Card loss.

A defensive front that includes Jeffery Simmons, Harold Landry, and Bud Dupree is capable of wreaking havoc on most quarterbacks. But it’s Tennessee’s secondary which offers the most promise for the future.

The Titans have one of the NFL’s best safety duos in Kevin Byard and Amani Hooker, and they’ve taken a volume-based approach at cornerback. Corner is a position where teams need lots of bodies but might not require a superstar. With that in mind, Tennessee has kept throwing darts at CB, hoping that some will eventually hit.

Kristian Fulton has developed into a reliable option, and Elijah Molden showed ability in the slot during his rookie season. First-round CB Caleb Farley was the ultimate risk/reward selection in the 2021 draft after back injuries forced him down draft boards. He tore his ACL in Week 6, but that wasn’t related to his previous ailments.

In 2022, the Titans grabbed Auburn CB Roger McCreary on Day 2. He has extremely short arms for a corner, but he was able to regularly shut down SEC receivers with no problems. Given the assets they’ve shoved into the position group, it shouldn’t be a surprise if Tennessee boasts one of the AFC’s best secondaries this season.

The AFC is loaded again, and the AFC South (specifically the Colts) has gotten stronger, too. Tennessee should still compete in the division, but they’re no longer the clear favorites, and they’re certainly not viewed among the conference’s truly elite teams.

No NFL team wants to punt an entire season. Vrabel, who has never posted a losing season in four years in Tennessee, certainly isn’t going to wave the white flag. Instead, the Titans are rebuilding on the fly. Even if they don’t see immediate results, Tennessee’s long-term future is in a better place thanks to their offseason machinations.