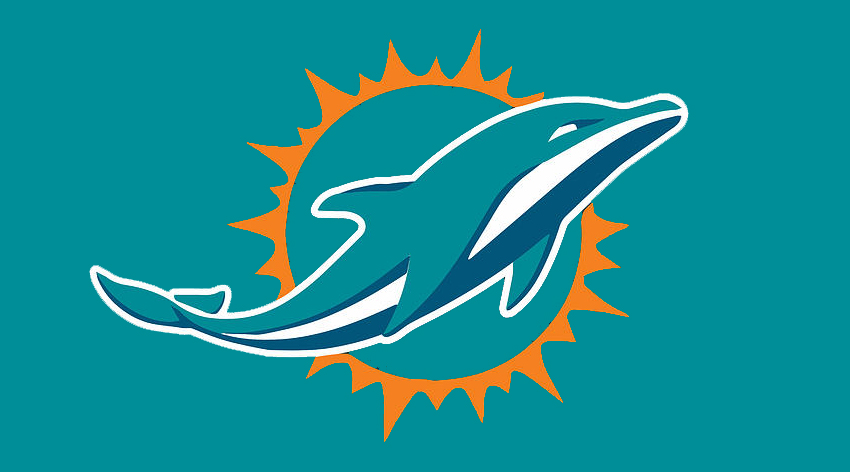 And just two months into his new job, the 14th head coach in Miami Dolphins history proved in hilarious fashion just how different he is than the guy he replaced.

McDaniel, clad in a Hawaiian shirt and lei, went viral in April after taking the stage at Tua Tagovailoa’s charity luau for a drumming exhibition. It didn’t matter that McDaniel had no idea what he was doing. McDaniel leaned into the moment and for what the moment meant to the event’s host.

McDaniel has already proven he is everything that Brian Flores is not — outgoing, engaging, accessible, and comfortable enough in his own skin to have a little fun at his own expense.

Instead of leading with fear, intimidation, and insults, McDaniel leads with encouragement, collaboration, and fun. Putting contests have replaced brow-beating sessions. The players now get to play DJ during practice — but only the ones who won the day the last time out.

“I think he’s doing a great job of just bringing us all together,” Dolphins cornerback Nik Needham said during spring ball. “A lot of what Coach said is, like the schedule dropping like, ‘It doesn’t matter. It’s all about us.’ He does a lot of like, in team meetings he’ll say some jokes or just funny stuff, show stuff on film. Like activities for conditioning, we did a putting contest to run one time.

“I think all that stuff is building the camaraderie on the team. We all feel the energy in here, and it just feels like a different vibe this year for sure. You never know what happens, but we just want to keep it going. I love what he’s doing here for sure. He’s a great coach.”

Added Dolphins defensive tackle Christian Wilkins: “We all bought in. We gave him a chance, he gave us a chance to show what we got. It just felt natural since Day 1. Guys came with the right mindset and started competing since Day 1. That’s been a lot of fun.”

But here’s the biggest way McDaniel — the Yale-educated, 39-year-old offensive savant who is the latest branch of Mike Shanahan’s coaching tree — is different than Flores.

He understands that Tagovailoa’s confidence — or lack thereof — contributed to Tua’s uninspiring first two NFL seasons. (Tagovailoa has an 88.8 career passer rating and has thrown for just 6.6 yards per attempt as a pro.)

And to unlock the best in Tagovailoa — a kind, considerate, but still a bit sheltered former Alabama star — is to build him up, not break him down.

“I’ve seen a guy that’s attacking the moment, a guy that really likes to play football,” McDaniel said of Tagovailoa back in OTAs.

“But you can tell the player has played the position for a long time and that he thinks about the game of football through the lens of the quarterback position. I’ve been very excited about his development as far as the offensive plan and being the starting quarterback for the Miami Dolphins.”

Talk about a 180 from the Flores era. The Dolphins’ last head coach seemed determined to undermine Tagovailoa at every turn, from benching him twice for performance as a rookie to aggressively trying to trade for Deshaun Watson in Year 2.

Tagovailoa’s relationship with his coach was terrible at the end, so much so that he gave a “no comment” in April when asked about Flores’ termination.

When asked to describe his relationship with Flores, Tua replied:

“That’s a big question. Well, I’ll tell you this. I’m very thankful that he drafted me to come here to play for the Miami Dolphins. That’s what I’d say.”

So the idea of Flores ever putting on Hawaiian garb and making a fool of himself on stage in support of Tagovailoa is laughable. McDaniel did it before their first practice together.

“That speaks a lot,” Tagovailoa said. “That’s kind of how the relationship has been. Very supportive. He wants to hang out. I go up there to his office and tell him I’ve got a couple of the guys coming over to hang out, and he feels bad that he didn’t get an invite to come over and hang out. (laughter) It’s been a really cool relationship. It’s been different, but it’s been super cool.”

When asked what McDaniel’s support means to him, Tua responded:

“I think support for any of us as players means a lot. We understand that the NFL is a tough industry. It’s tough to play because you’re playing against the best every Sunday. But to be able to have support of the head coach, the head guy, that should tell you a lot.”

So expect Tua to be in a better head space than ever before in 2022. And with Tyreek Hill, Terron Armstead, Raheem Mostert, Chase Edmonds, and Cedrick Wilson Jr. among those added to the mix on offense, he’s never been more set up to succeed.

There are no excuses for Tua in 2022. But there should also be no roadblocks to success.

“I think pressure is going to be there every time,” Tagovailoa said. “I don’t feel more pressure that we’ve acquired all of these guys. It’s more of an opportunity that I get, that we all get as a team, to show what we can do this year.”