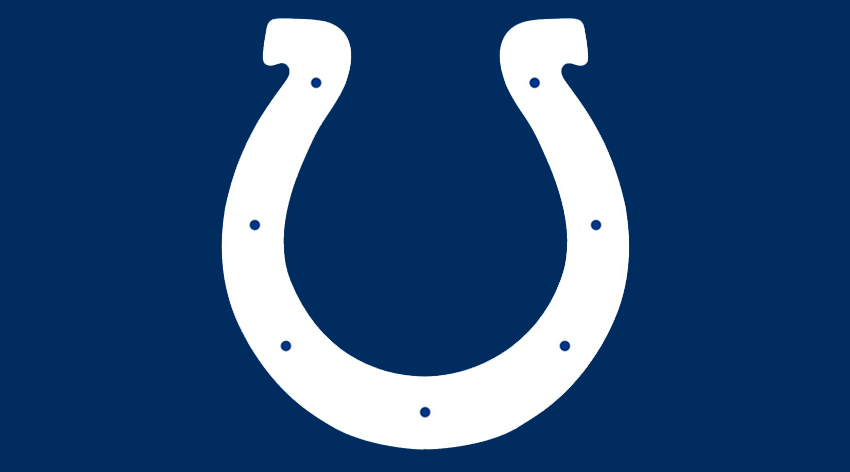 It was a stroke of luck. After weeks of running Carson Wentz’s reputation through the mud publicly and privately, and trading the flawed QB to the Washington Commanders, the Indianapolis Colts somehow stumbled into an upgrade in every sense of the word.

Turned off by the Atlanta Falcons’ transparent courting of Deshaun Watson, former NFL MVP Matt Ryan decided he wanted a change of scenery.

It didn’t matter that the Falcons ultimately swung and missed on Watson. Ryan, who spent his entire 14-year career in Atlanta, wanted to feel wanted and felt that Indianapolis – despite its public tar-and-feathering of Wentz – was the place to continue his career.

So, the Falcons did right by their longtime leader and shipped Ryan to the Colts for a third-round pick, essentially half of the trade package Indianapolis received from Washington for Wentz.

The Colts didn’t have a first-round pick. And yet, they were able to upgrade at quarterback using a Day 2 selection that they basically acquired for their former signal-caller. A true chef’s kiss for GM Chris Ballard, who took every opportunity possible to publicly ruin Wentz’s appeal.

With Ryan serving as the Colts’ fifth starting QB in as many years, Indianapolis may have finally found the captain that can lead the team to an AFC South division title, something that has eluded Ballard and head coach Frank Reich since they took charge in 2018.

Reich, a former NFL quarterback, is getting a true fresh start with Ryan. He had existing relationships with Jacoby Brissett, Philip Rivers, and Wentz before they became the starting QBs in Indianapolis. But with Ryan, it’s a clean slate.

Reich didn’t have a relationship with him prior to March. That’s ideal for Reich and Ryan, two leaders who have failed to find consistent success despite continuity.

“I cannot even tell you how refreshing he is,” Reich said in April. “[He has a] very strong opinion but also very engaging but very humble, like very humble. Very humble but very strong. It’s just good. It’s a really good dynamic, very professional in every way. It’s just a collaboration, but he also understands he’s coming in and learning a new offense, and he feels that right now, he feels it.”

Following the Colts’ late-season meltdown in January, owner Jim Irsay was quick to point out Wentz’s shortcomings. He hinted at a lack of buy-in and leadership from the former Pro Bowler and made it impossible to salvage a relationship between both parties. For everything Wentz wasn’t, Ryan is the cure.

Ryan has built his reputation on his leadership and intelligence. While he doesn’t have the mobility of most premier QBs, he makes up for that deficiency with an elite football IQ, accuracy, and overall decision-making.

He isn’t going to cough away a game with back-breaking turnovers, and he’s not going to create problems for the locker room or the Colts’ brass. Ryan is a relatable leader who wants to win while putting his teammates first.

“To me, leadership is about serving your teammates,” Ryan said. “The one thing I’ve learned in 14 years is what certain guys need from you is different. With each team, the needs from you as a player and a leader [are] different. You have to get to know your guys, you have to get to know your teammates really well and how they tick and how they need to be motivated, and what are the things that you can help them with to bring out the best in themselves.”

At 37, Ryan has a ticking clock on his career, which probably lines up with the partnership of Ballard and Reich – particularly if they can’t find success together. Ryan has two years left on his contract, and Ballard and Reich need to win during that timeline, or they could be sent packing.

Last year was a wake-up call for Reich.

He lobbied the Colts to trade for Wentz, his prized pupil in Philadelphia during the Eagles’ Super Bowl 52 run.

Getting embarrassed by the last-place Jacksonville Jaguars in the season finale — and the divorce from Wentz that came from it – has essentially put Reich’s coaching tenure on life-support. He knows that Ryan could be his last shot at keeping the reins at Lucas Oil Stadium.

“As we said last year, that scar will be there, and I’m reminded of it every day,” Reich said. “You look and you say, ‘I remember when I got that cut.’ I’ve thought about that analogy that we talked about then, and the more I thought about it, it was a good analogy. It still applies. You look at a scar and you say, ‘That didn’t feel good when I got that. I prefer not to feel that again. So let’s try to avoid that the next time.’”

The Colts can avoid another disaster by letting Ryan take control of the offense. He knows what he likes and what he doesn’t like, and following his successful career in Atlanta, he’s earned the right to pick and choose his plan of attack. He’s also going to be expected to make those around him better, something Wentz struggled with last season.

Reich believes that Ryan will have a huge influence on young wideouts like Michael Pittman Jr., Parris Campbell, and rookie Alec Pierce. And with an improved passing game, running back Jonathan Taylor, last year’s rushing yards leader, should continue to see success on the ground without having to be the anchor of the offense.

Ryan comes in with a blank slate, but his résumé is as good as gold. The Colts hope he can be the missing piece to a potential Super Bowl puzzle.

“I understand that I’m one part of this wheel,” Ryan said. “I need to pull my weight and do my job really well, but it’s a pretty strong wheel that has been built.”