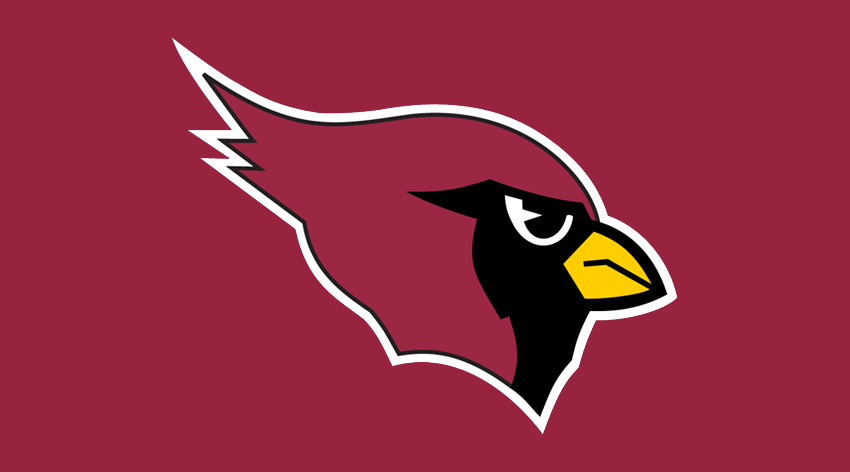 As the final seconds ticked off in the Arizona Cardinals’ Wild Card loss to the Los Angeles Rams, change seemed likely.

Kyler Murray managed only 137 passing yards and two interceptions while getting banged up and eventually pulling himself from the game. Opposing quarterback Matthew Stafford exposed Arizona’s defense, posting a near-perfect passer rating en route to a 34-11 blowout.

And yet, as the 2022 campaign approaches, the Cardinals are set to field largely the same roster that disappointed a season ago.

At the top, the club’s decision-makers will remain in place. Steve Keim, who has led Arizona to three postseason appearances in nine years as general manager, and Kliff Kingsbury, owner of a 24-24-1 record through three seasons as an NFL head coach, both received contract extensions through 2027.

Murray won’t be going anywhere, either, even if it seemed like a divorce might have been coming early in the offseason. Acrimony – largely based on contract talks – between Murray and the Cardinals spilled over into public view, with both sides hurling insults and slights toward one another.

Time heals most wounds, however, and that tension has subsided.

Murray, even under his rookie deal, should be the focal point of Arizona’s offense in 2022, and perhaps beyond. Entering his age-25 season, the former No. 1 overall pick has improved as a passer in every year of his career, and he’s coming off back-to-back Pro Bowl appearances.

Whenever Murray and the Cardinals hammer out a new deal, he should become the next quarterback to pass the $45 million per year threshold.

Murray isn’t the problem in the desert. The issue is that Keim and the rest of the Cardinals’ front office seem to be building a fantasy football roster instead of a unit that can compete in the NFC West.

Arizona’s first move in the 2022 NFL Draft was to send their first-round pick (No. 23) to the Baltimore Ravens in exchange for wide receiver Marquise Brown and the No. 100 selection. Brown came at a cheaper price than fellow pass catchers Tyreek Hill, Davante Adams, or A.J. Brown, but he’s also nowhere near their class as a receiver.

“No. 1, two years of control, getting a dynamic receiver that’s played inside, outside,” Keim said of the Brown deal. “Obviously, his chemistry with our quarterback and a guy who can be a dynamic vertical threat, which is something we were looking for, as well as I had a strong feeling the board was going to fall the way it did. I’m awfully glad we made this trade.”

Brown played with Murray at Oklahoma, so it’s possible the Cardinals acquired the 25-year-old wideout as something of a peace offering to their QB (even if no other NFL team would have paid that much for Brown). The rest of the club’s offseason, though, was indicative of a franchise with no clear direction.

Arizona already had one of the oldest rosters in the NFL. In 2021, their snap-weighted age of 27.2 years was the fourth-oldest mark in the league. On offense, no team used more snaps from players aged 30 or older than the Cardinals (5,051). But instead of attempting to get younger, Arizona doubled down, re-signing several veterans who contributed in 2021.

Running back James Conner, who finished second in the NFL with 15 touchdowns – but managed only 3.7 yards per carry – is back on a three-year, $21 million deal. He’s now the 10th-highest-paid RB in the NFL. Tight end Zach Ertz, who flashed after being traded to the Cardinals but will be 32 in November, got $10.5 million annually. Even 34-year-old A.J. Green was retained for $3.5 million.

“I think the positive is when you have the opportunity to re-sign your own players, you already know what you’re getting,” Keim said in April. “We have guys like Zach Ertz and James Conner, guys like that that have come back, A.J. Green, that you know what you’re getting in terms of preparation, work ethic, attention to detail. That’s the hardest part about free agency.”

Kingsbury, likewise, was pleased that the Cardinals re-signed that trifecta.

“To get those guys back in Year 2, you just expect them to be better,” Kingsbury said. “You expect the comfort level to be there.”

That’s the problem, though – the Cardinals can’t “expect” these players to be better. Conner is coming off his best season in three years. Ertz and Green are well past 30. These are the types of contributors you expect to regress the following year. A forward-thinking team may have let these veterans walk in free agency.

Those moves will have to help cover for the loss of DeAndre Hopkins, who is suspended for the first six games of the season following a PED violation. But it’s clear the Cardinals will need to adjust their offensive plan – if that’s something Kingsbury is willing to do.

Arizona used 4-WR sets on 148 plays in 2021, by far the most in the NFL. They likely won’t be able to do that while Hopkins is serving his ban unless they want to entrust Rondale Moore, Antoine Wesley, or Andy Isabella to take a substantial leap forward next season.

Instead, expect to see more 12 personnel (two TEs) and a commitment to the run game. The Cardinals used their first 2022 draft pick (No. 55 overall) on Trey McBride, the 2021 John Mackey Award winner as college football’s best tight end. He’ll share the field with Ertz during his rookie campaign before likely taking over as Arizona’s TE1 in 2023.

The Cardinals are expecting their skill-position corps to meet or exceed last year’s production. They’ll have to hope so – because they did next to nothing to improve their offensive line or their defense.

Up front, Arizona only added Will Hernandez, a former second-rounder who’s been woefully disappointing in the NFL. He’s likely to compete with Josh Jones at right guard. Left guard Justin Pugh, center Rodney Hudson, and right tackle Kelvin Beachum are all at least 31 years old, and each missed action a season ago.

A shorter quarterback like Murray needs solid interior protection, and the Cardinals don’t have much depth if any of their three starters succumb to injury or ineffectiveness. Keim has had 19 top-100 picks since selecting tackle D.J. Humphries 24th overall in 2015. He’s used only two on offensive linemen: third-rounder Jones in 2020, and third-round center Mason Cole in 2018. The investment simply hasn’t been there.

Arizona finished sixth in defensive DVOA in 2021, but defensive performance typically isn’t steady from year to year. Simply because the unit performed well last season doesn’t mean that will carry over into 2022, especially given that the Cardinals didn’t add anyone of note to their defense.

Arizona released Jordan Hicks and let Chandler Jones and Robert Alford walk in free agency. The club’s cornerback depth chart is exceedingly sparse. Byron Murphy can handle the slot, but the Cardinals are relying on Marco Wilson and Antonio Hamilton on the outside.

Murray could very well will the Cardinals to another playoff berth next season, especially in a weak NFC. But the front office’s offseason decision-making – getting older instead of younger – focusing on splashy offensive additions instead of targeting improvement in the trenches or in the secondary – makes it fair to question Arizona’s long-term strategy.