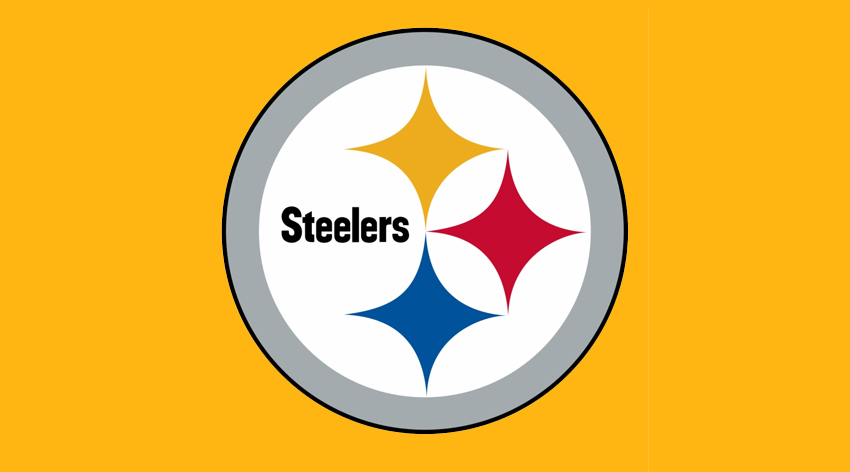 As pick after pick was made during the first round of April’s NFL Draft, Pickett and his quarterback peers came to realize that their critics were right: The position group was underwhelming compared to previous years.

But Pickett’s long wait, which ended when the Pittsburgh Steelers selected him with the 20th overall pick, might actually have been a blessing in disguise.

Pickett was still the first quarterback off the board and the only QB to be selected in the first two rounds. He also landed in a comfortable place. He will continue to play at Heinz Field – the place where he became a Heisman Trophy finalist for the Pittsburgh Panthers. And perhaps most importantly, he arrives in a locker room where he can work at his own pace.

Prior to landing Pickett in the first round, the Steelers signed Mitchell Trubisky to a two-year deal to compete with Mason Rudolph – a longtime backup of franchise legend Ben Roethlisberger, who retired this offseason. Trubisky is a former No. 2 overall pick and two-time playoff starting QB looking to get his career back on track after a failed run in Chicago.

Pickett, 24, will compete with Trubisky and Rudolph for the starting QB job in training camp. And while the expectations of being a hometown college hero and first-round pick will eventually catch up to Pickett, the Steelers have enough options to let him play when he’s ready.

“We have three young quarterbacks,” Steelers GM Kevin Colbert said in April. “We think it’s going to be a great competition. As coach [Mike Tomlin] mentioned, they’ll all be in it to see who becomes the starter. I think we have three real good options.”

While the typical adage in the NFL is “If you have multiple QBs, you don’t have any,” the Steelers don’t really fit into that mold. Teams typically stage QB competitions for show, hoping to galvanize the locker room and fanbase with thoughts of earned job status, pomp, and circumstance. In Pittsburgh, the competition is largely based on proper circumstances.

The Steelers didn’t want to rush into a solution as the Washington Commanders did with Carson Wentz. They also didn’t want to wait for a veteran to fall into their lap as the Indianapolis Colts did with Matt Ryan.

Rather, the Steelers wanted to hedge their bets with a stopgap starter in Trubisky. They brought in Trubisky to battle Rudolph, a homegrown talent who has been a backup since entering the league in 2018.

From there, the task was straightforward: Study the rookie QB class and try to find a worthwhile option, if possible, while still maintaining the team’s full set of draft assets.

The next step: a thorough, honest evaluation of the position.

Trubisky, signed as a bridge option, probably should lead the offense into training camp. He’s been a starter in the league – albeit to peak-and-valley results – and he knows what comes with the role.

Rudolph should start camp as Pittsburgh’s QB2. The 2018 third-round pick knows the offense and his teammates better than his peers, and he understands the team’s culture.

Both veterans, according to Tomlin, know that Pickett is just a new piece of the puzzle, and they can take ownership of the offense with a winning training camp competition.

If Trubisky and Rudolph are at the top of the depth chart, Pickett is left as the third-stringer – at least to start the season.

While the Steelers have invested in Pickett more than his competition, he is still going to need to learn the job from the NFL point of view. Even given his maturity and familiarity with the club, the jump in responsibility and expectations at the NFL level is significant.

“It’ll be different for him,” Colbert said. “He won’t be a college player; he will be a professional, and there will be different expectations. We feel the maturity he showed on and off the field will help him in that endeavor.”

A first-round pick is typically expected to deliver immediate results. And given that he is already in his mid-20s, Pickett’s selection presumably came with the expectation that he would play sooner than later.

“He is a mature young man,” Tomlin said. “You do see maturity in his game, and I think all of those things are going to put him in position to compete.”

Two narratives stuck with Pickett throughout his draft process:

The Steelers weren’t worried about his hand size, given his collegiate performance in the challenging Appalachian climate.

Plus, while most draft pundits believed that his upside is lower than his peers, Pickett’s age and experience in a pro-style offense from college suggested he was less of a gamble than the rest of his draft class.

“We talked about his high floor,” Tomlin said. “The high floor was because of the intangibles, but also the anticipation and pro accuracy were very obvious and consistent when studying his tape.”

And while Pickett might be the most “NFL-ready” of the rookie QB class, it would behoove the Steelers to not mistake a high floor for a sure thing, especially out of the gate, when they have two other reasonable options.

Pickett’s age puts the Steelers on a bit of a timer, but rushing him out onto the field as a Week 1 starter only to see him struggle could stunt his growth. Trubisky is a cautionary tale on how poorly a rushed process can derail a QB’s metamorphosis from college to pros.

Tomlin and Colbert consistently brought up Pickett’s maturity in their draft-night news conference, and Pittsburgh’s head coach said there is no panic in the QB on film. But there’s a difference in evading teenage pass rushers and dodging Trey Hendrickson or Myles Garrett.

That’s why it’s important for the Steelers to make sure Pickett is legitimately ready to play before elevating him past Trubisky, and even Rudolph, in the team’s QB hierarchy.

High floors are wonderful for what the Steelers are trying to accomplish, but once the tiles fall out of place, they’re hard to put back in. Giving Pickett time to adjust to his new job without the pressure of being the Week 1 starter is the right thing to do, even if that plan changes with a strong training camp.

Just as the Steelers waited patiently for Pickett’s selection at No. 20, the franchise should also take its time before throwing the rookie onto the field.