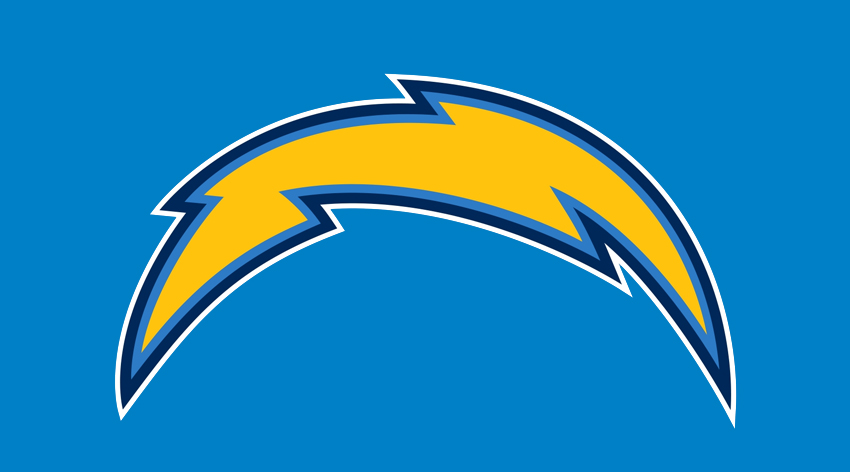 In February, the Los Angeles Chargers got an unobstructed view of what it takes to get to and win a world championship — and they didn’t even need to leave the zip code.

Super Bowl 56 provided not one but two blueprints for success for the Chargers. Bolts GM Tom Telesco has spent the months since trying to meld those two approaches into a vision that fits his franchise. Did he get it right? Stay tuned. But there’s certainly reason for optimism.

The Chargers, like the AFC champion Bengals, have a supremely gifted quarterback on his rookie deal.

The Chargers, like the world champion Rams, have the guts to swing for the fences — and also just so happen to play in one of the most beautiful areas in the country.

Telesco and second-year coach Brandon Staley are taking a page from Les Snead and Sean McVay in the same city. They’re going all-in on Herbert while he’s inexpensive.

They’re not the only team trying to build around an inexpensive star quarterback on the rookie wage scale. The Bengals are doing the same with Joe Burrow, and they took the “Magic School Bus” all the way to Los Angeles for a Super Bowl birth.

But in an AFC that stole an obscene amount of talent from the NFC, both the Bengals and Chargers are playing catch-up.

The Chiefs and Bills will compete so long as they have Patrick Mahomes and Josh Allen. The Browns and Ravens will slug it out in the AFC North. And the Broncos jumped the line by poaching Russell Wilson from the Seahawks.

But don’t sleep on the Chargers, who learned a thing or two from their housemates.

After moving to LA and drafting Jared Goff in 2016, they made their coaching change the next offseason, dumping Jeff Fisher for Sean McVay. That’s also when the Rams gave up on making first-round draft picks and used them in trades to build around Goff.

It worked. They made a Super Bowl in 2018 and then won it in 2021. Even though they’d moved on from Goff to Matthew Stafford, their mentality remained the same.

If the Chargers play their cards right, they too could take advantage of an underpaid quarterback. The only difference is their quarterback is a supercharged version of Stafford.

But a quarterback cannot do everything on their own. The Chargers missed the playoffs last season, but it wasn’t Herbert’s fault.

Quarterback narratives are funny. Team success has been so baked into how we view quarterbacks that it takes a PED-infused will to fight against it. Many will say the Bengals’ success makes Burrow the better quarterback. And he might be, but that’s a pathetic argument to make.

Los Angeles lacked the talent to implement Staley’s scheme. They were weak on the defensive interior and at linebacker. While Joey Bosa is outstanding, they didn’t have an all-around complement for him. Their best cornerback was a 32-year-old Chris Harris Jr. The only other consistent playmaker was Derwin James.

They needed to overhaul the roster to give Herbert a fighting chance in the juggernaut that is the AFC. And they accomplished that with a flawless free agency cycle.

The Rams were visionaries in terms of trading picks for high-caliber players on poor rosters. Those poorly run organizations were happy to shed players (and their big salaries) during a rebuild, so stars are dealt for lottery tickets. That’s how the Rams acquired Stafford and Jalen Ramsey.

The other LA team went a similar route, but with an older player who is past his prime yet still outstanding. Khalil Mack can still be one of the best defensive ends in the game, and the Chargers spent only a 2022 second-round pick and a 2023 sixth-round pick to get the deal done.

But Mack doesn’t just solve a pass-rushing issue. No, he’s one of the league’s premier run defenders on the edge as well. And improving against the run was the team’s theme during free agency. And the best part is Mack will only cost $8.8 million against the cap in 2022. After that, they can move on from him and save close to $20 million or renegotiate his contract and extend him if they really want to maximize Herbert’s rookie deal window.

The Chargers actually needed more beef on the defensive interior, and they got it during free agency. Sebastian Joseph-Day and Austin Johnson were brought in to fix their pathetic run defense. Joseph-Day was a consistent contributor for Staley as a Ram, and Johnson was a solid nose tackle buried behind a deep Giants defensive interior. They also drafted 320-plus pounder Otito Ogbonnia in the fifth round of the 2022 NFL Draft.

Nowhere in the process did the Chargers overspend on these free agents. There wasn’t a single deal that was questionable. Even signing J.C. Jackson didn’t break the bank. At $16.5 million per season, his contract ranks as only the ninth-richest among cornerbacks in the NFL. That’s chump change for a player who’s become the most consistent ball hawk in the league since becoming a full-time starter in New England.

They also acquired Bryce Callahan, who can immediately provide high-end slot coverage as long as he remains healthy. He’s an intelligent coverage defender who is arguably a top-32 cornerback when healthy, but he’s playing for just over $1 million against the cap in 2022. Kyle Van Noy provides value to their pass rush and, more importantly, their linebacking corps.

There was a bit of shock initially when Mike Williams got a three-year, $60 million deal from the Chargers. That quickly evaporated when the Jaguars announced Christian Kirk’s contract, which made Williams look like a bargain. Keenan Allen and Mike Williams are one of the better wide receiver duos in the league.

The Chargers also upgraded the right side of the offensive line, which was abysmal in 2021. Trey Pipkins or Storm Norton will seemingly remain the options at right tackle, which is less than ideal. However, they drafted Zion Johnson, which should be an immediate upgrade at right guard and possibly the succession plan for Corey Linsley.

As a result, the Chargers are loaded. And they have built a team that can compete with anyone — even the team that shares their address.