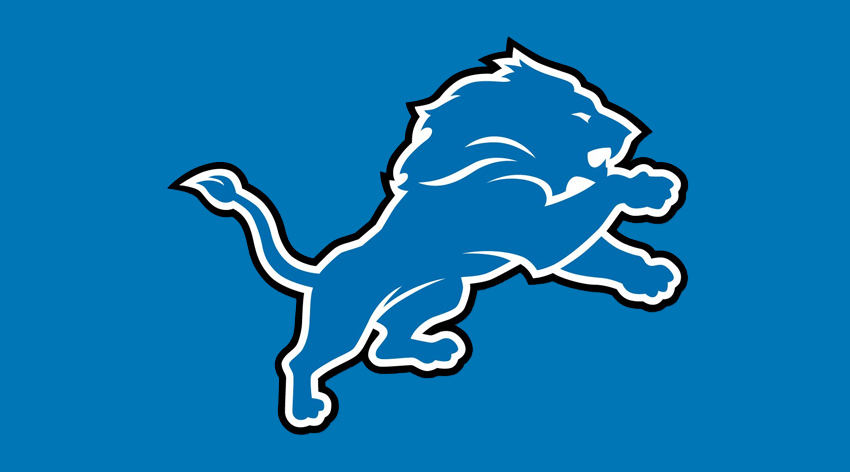 The Jacksonville Jaguars had just selected Georgia EDGE rusher Travon Walker with the first pick in the 2022 NFL Draft, an outcome the Lions’ brass had seemingly hoped for throughout the evaluation process.

So, within seconds of Jacksonville’s selection, the Lions took a massive leap forward in finding their long-term identity, selecting the local guy, Michigan pass rusher Aidan Hutchinson, at No. 2.

The speed with which the Lions handed in their card for Hutchinson reportedly drew the ire of the league. There was no drama here. The Lions wanted Hutchinson for months. When the opportunity came to claim his rights, waiting out the clock would have been just for show, a disingenuous representation of Detroit’s desired outcome.

“Honestly, thrilled how tonight went,” Lions GM Brad Holmes said following the completion of the first round in April. “Just to be able to get Aidan and welcome him and everything that he brings, he’s so much of a culture fit in terms of what we’re about.”

It’s rare to have a first-round pick check off every box imaginable for a franchise – and not be a quarterback.

Three weeks after coach Dan Campbell insisted that the Lions didn’t need an elite QB to have long-term success, Detroit identified the new face of their franchise in Hutchinson – a hometown hero (check) from a major winning college program (check) who had impressive college numbers (check) and NFL Combine results (check).

Most importantly, Hutchinson also wanted to be part of the long-suffering franchise (MASSIVE check).

Hutchinson was an essential addition to fix the losing culture in Detroit, both on the field and in the locker room. But Hutchinson was just one piece of the puzzle, as Holmes remained diligent on Day 1. He maneuvered to land another formidable prospect with an epic first-round trade roughly an hour later.

Following weeks of speculation about the organization’s plans to find a long-term replacement for QB Jared Goff, the Lions front office pulled a “Draft Day”-style trade up with division rivals, the Minnesota Vikings, for the 12th overall pick.

Holmes jumped up 20 spots to claim Alabama standout wide receiver Jameson Williams, who was widely considered to be the best playmaker in the draft class, even as he continues to recover from an ACL tear suffered during Alabama’s playoff run.

“This guy’s gritty,” Holmes said. “He’s a dog. He loves football. He just fit what we’re about. Once the conviction and the buy-in kept rising, then I started saying, ‘OK, alright, maybe being that he’s one of those guys that we had graded similarly, very evenly up at the top, let’s go get him.’ I told you guys I wanted to get game-changers.”

Like Hutchinson, Williams checks a ton of boxes for Detroit. While he isn’t a local, he is a dynamic playmaker at a position of need with impressive upside. After starting his career buried on the Ohio State bench, Williams transferred to Alabama last year and produced 79 catches for 1,572 yards and 15 touchdowns. The knee injury cut short his remarkable final collegiate season.

And while Williams couldn’t take part in the strength, speed, and agility drills ahead of the draft, his speed and explosion on tape speak for themselves. The Lions sent the 32nd, 34th, and 66th overall picks to the Vikings for the right to select Williams. In doing so, Detroit signaled its confidence that Williams could recover from major knee surgery and maintain his elite playmaking skills.

“I will say this, with all the medical reports that we have, all the information we have from a medical standpoint, we feel very good with where we expect him to be able to return,” Holmes said. “Obviously, there’s football shape and stuff like that that goes into it. We take all of that into account.”

Trading up for Williams was a huge gamble but a necessary one as the Lions hope to finally crawl out of a massive hole. The decision in 2018 to abruptly fire Jim Caldwell and hire Matt Patricia was a catastrophe.

The Lions tore down everything built by the previous regime last year. This offseason was the time for them to plant their flag and build a team that could regularly contend in a rough-and-tumble division. Hutchinson and Williams are the pillars of the Campbell and Holmes era. Ultimately, their success (or lack thereof) over the next two seasons will go a long way in determining how long the leadership group sticks around.

Players showed their admiration for Campbell throughout last season, as the underwhelming roster competed every weekend while they were trounced by more talented, better-coached squads. The Lions were starting from scratch, and Campbell still earned the respect of his locker room.

With Williams and Hutchinson now onboard, the Lions are no longer devoid of notable talent. Sure, Williams needs to prove he can recover fully from his surgery. But the Lions added two blue-chippers to complement established quality incumbent starters such as cornerback Jeff Okudah, running back D’Andre Swift, tight end T.J. Hockenson, and tackles Penei Sewell and Taylor Decker.

Goff is of course the biggest factor in the Lions being competitive or a doormat again this season. Detroit (smartly) passed on a QB during draft weekend and will likely reassess their options next offseason. For now, though, Goff is leading the charge, and the former first overall pick and Super Bowl LIII starter has an opportunity to re-write the narrative on his career.

The Lions have made it clear that Goff is the straw that stirs the drink for Detroit, and following draft weekend, the QB has seemingly been dropped in a much more refreshing brew than last season.

“I don’t want to say, ‘No excuses,’ but I do think the more weapons and the better resources that you surround your quarterback with is just better, and it helps them out more,” Holmes said.

So, perhaps, with a pair of appealing pillars in place and Goff out to prove himself, the Lions could surprise their critics with a surge in 2022. Even if they don’t, this season isn’t the end game – it’s only a blip on the radar for something bigger, the Lions hope.