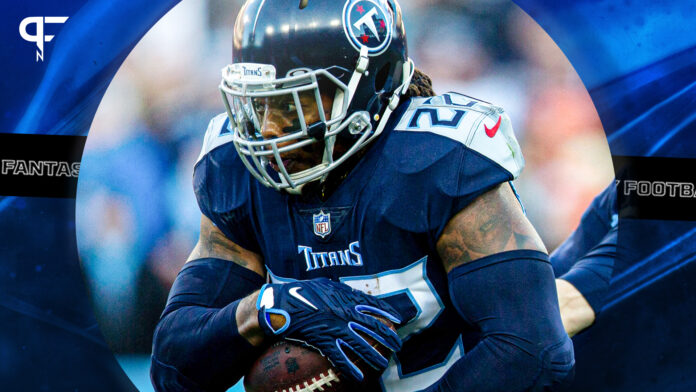 ADP vs. Age vs. Performance

During the past year, PFN has initiated a decade-long foray into the correlation between a player’s age and performance. As you can imagine, it’s a massive undertaking with far-reaching implications. If we can pinpoint patterns, we can start to construct probabilities. Here are some initial patterns to highlight.

(1) Chronologically, post-prime QBs generally are just as likely to fall short of ADP expectations as most younger QBs

Many QBs can start in the NFL well into their 30s (and in some notable cases, into their 40s). “Middle age” begins around 30-34 years old at this position. Mobile QBs who rely on speed/quickness to generate a meaningful share of their fantasy points tend to slow down by their late 20s or early 30s. Pocket passers can thrive for longer. But in most cases, QBs peak within the first 10 years of their NFL careers. As always, there are plenty of exceptions.

Yes, there are differences. But they’re minor. If one drafted a 36-to-40-year-old QB one year and a 26-year-old QB another year, one might think the “pre-prime” 26-year-old stood a much better chance of exceeding expectations. Based on the results of 300 QBs spanning the past seven years, this is simply not the case.

And to be clear, this is not about which QBs perform well. There’s no “Tom Brady Effect” on these results, where the seemingly ageless icon has an outsized influence on “old QB” stat lines. The question is whether the market values players in certain age ranges more accurately than other age ranges.

Brady, for example, has been ranked as a preseason QB1 every year for more than a decade, and he’s been in the top nine in all but one preseason in the past decade. So the market has factored in his talent in spite of his age. Sometimes he’s exceeded expectations, like last year. Sometimes he’s fallen a little short, like in 2018. And sometimes he’s finished exactly at his ADP (2019 and 2020).

Brady aside, by observing how there’s been no clear disadvantage to drafting a 33+ year-old QB compared to a 25-28 or 29-to-32-year-old QB, we can pay closer attention when an older QB might be overlooked and ask ourselves whether their reduced ADP is based on talent or merely the perception of post-prime abilities due to age.

We know inherently that RB careers are shorter, on average, than QB careers in the NFL. After 5-6 seasons, RBs often are past their prime. Exceptions include third-down specialists and late bloomers who find their footing as weekly contributors after years of toiling in relative obscurity.

Just as interestingly, if we separate out the eight 32+ year-old RBs ranked in the preseason top 50 each year since 2015, only two (25%) have fallen short of ADP expectations. This is a clear indication that the market is biased against 32+ year-olds because of their age.

That percentage is shocking — not shocking in terms of surprising, but shocking in terms of actionable. RBs in this age group this summer (based on how old they’ll be at the start of Week 1) include Melvin Gordon (29 years old), J.D. McKissic (29), Tevin Coleman (29), James White (30), Raheem Mostert (30), and Cordarrelle Patterson (31).

Pay close attention to where they’re ranked. There’s a good chance the market is overvaluing most of them.

(3) Among QBs and RBs, the best-performing age group versus ADP is 21-to-24-year-old QBs

Since 2015, 42% of 21-to-24-year-old QBs have fallen short of preseason expectations. That leaves 58% equaling or exceeding expectations. No other QB or RB age group comes within 10 percentage points of that 58% mark.

Relatively middling or poorly ranked QBs in this age range heading into the 2022 season include a host of rookie QBs vying for starts, plus the likes of Justin Fields, Mac Jones, Trevor Lawrence, Davis Mills, Tua Tagovailoa, and Zach Wilson.

(4) Among preseason “WR1s” (WR1-WR12), compared to all other age groups, 30+ year-olds witness the biggest drop-off in fantasy production in the second half of the season

PFN has begun to incorporate in-season timing into our research on age-based expectations vs. performance. How do players perform at various intervals throughout the season, and how might age impact upswings and downswings? If we can identify player characteristics that correlate with these shifts, we can better understand when to buy low or sell high.

Those are strikingly similar numbers. It suggests that if there’s a 32-year-old WR9 and a 24-year-old WR6, we cannot discount the WR9 during the first eight weeks of the season simply because of his relatively advanced age. Recent history shows that’s not a predictor of (in general) September-October production.

Yet, this trend changes dramatically from Week 9 to the end of the regular season. During that stretch, 24-to-26-year-olds have averaged (just like in the first eight weeks) 121 fantasy points. 21-to-23-year-olds have averaged 119, compared to 116 for 27-to-29-year-olds. Again, consistency is remarkable across time and age. Whether WRs are in their early 20s, mid-20s, or late-20s, we cannot give any of them an age-based edge at virtually any point during the season.

But 30+ year-old production drops off considerably beginning in Week 9. At that point through the end of the season, they average only 86 points (compared to 111 in Weeks 1-8). Remember, these are WR1s. And in the first eight weeks, on average, they’re performing at or near WR1 levels. And then, on average, they regress into a WR3/4 beginning in late October or early November.

As always, there are exceptions. But on average is the key, and the evidence is clear. If you bet on a 30+ year-old WR1 in the past seven seasons and didn’t sell high in the first two months, you likely lost significant value during the rest of the year.

Although ADPs will change throughout the summer, keep a close eye on the 30-year-old Keenan Allen. He might end up being this year’s only 30+ year-old preseason WR1. If you’re playing the percentages, he’s a moderate midseason regression risk. Though, in fairness, while 30-year-old WR1s historically have regressed beginning in Week 9, their regression has not been as steep as most older WRs.

As we know, WRs comprise a fairly large pool of must-starts and streamers. As many as 50 WRs might be rostered in most 12-team leagues, with at least 10-20 other WRs cycling through managers’ rosters depending on bye weeks and injuries. That’s a large group to assess.

But tight ends are more top-heavy, with only about six to eight operating as weekly must-starts and perhaps another 10 to 14 serving as streamers. There’s less room for error.

Perhaps the market perceives 30+ year-old TEs as post-prime, when in reality, many are not. Travis Kelce has continued to dominate into his early 30s. Rob Gronkowski has flashed when healthy. Zach Ertz enjoyed a resurgence after Arizona traded for him last year.

And yet, we’ve seen other older TEs begin a steep decline in their early 30s, such as Jimmy Graham in 2018 (32 years old), along with other TEs whose bodies broke down (for example, Greg Olsen and Delanie Walker).

The big takeaway here is that the youngest TEs have proven to be the most reliable, and the oldest have somehow been more reliable than TEs in the 24-29 age range. Unless the market makes adjustments, keep an eye on the ADPs for 30+ year-old TEs like Kelce and Ertz and perhaps even the far riskier Logan Thomas. Because “post-prime” for TEs might be closer to 32, 33, or more.

We keep discussing market value because market value means everything in fantasy. Everything. If you believe an opponent’s player is worth more than the market suggests, it’s time to buy low. If you believe one of your own players is worth less than the market suggests, it’s time to sell high. We win by cornering the market, literally. We acquire assets at reduced prices, knowing there’s a good probability that they’ll exceed expectations.

For many fantasy managers, kickers are practically worthless. We don’t disagree … to a degree. For most managers, a fantasy kicker is relatively worthless. But if you pick right, you’ll average a weekly bump of 2-3 points — and sometimes more — over most of your competitors.

At PFN, we’re focused on what “picking right” means. How do we narrow the probabilities to increase the odds of picking an elite kicker? The following chart shows that since 2015, 33+ year-old kickers who are top six in the preseason finish, on average, 16th (worse than all other top-six kicker age groups). That’s pretty bad. Short answer — with rare exceptions, steer clear of supposedly elite and near-elite 33+ year-old kickers.

But preseason kickers in the top 25-30 grouping — players virtually no one’s drafting in any league on Earth — on average, have finished 12th (better than all other kicker age groups in the top 25-30).

This is simply fascinating. The market has vastly overvalued elite old kickers and vastly undervalued undraftable old kickers. These overlooked kickers generally underperformed the year before.

A combination of advanced age and poor previous-season numbers made them irrelevant in fantasy circles. We might forgive a talented 25-year-old starter coming off an injury-plagued season. But talented 35-year-olds don’t get the same treatment, though perhaps they should.

Looking for more insight? Check out our ADP vs. Performance research here.